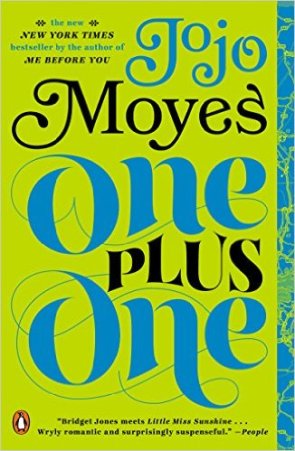 A book with a blue cover: The Siren by Kiera Cass

A book about a road trip: One Plus One by Jojo Moyes (audiobook version)

An audiobook that has won an award: The Graveyard Book by Neil Gaiman (audiobook version…obviously)

Which book should you buy in bulk at Half Price Books and gift to everyone you know?

The Graveyard Book, in any of its award-winning iterations.

Have you read any of the titles in this bunch? Did anyone else covet the sisters’ sparkly sea salt dresses (and perfect, beachy waves) after reading The Siren or was that just me? Let me know in the comments section!