Well, now that it’s July, how about a wrap-up of my April reads? That tracks. Without further ado, follow my April reading journey, in which I fall deep into a Victorian mystery rabbit hole.

Sidebar: For real, I devoured those last three Deanna Raybourn books in a week. 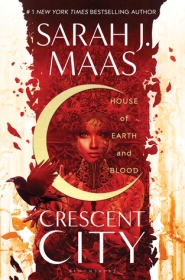 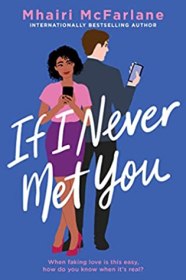 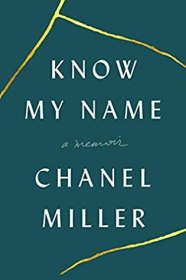 House of Earth and Blood by Sarah J Maas ⭐⭐⭐⭐

Tweet-length review: It’s the remix! If you’re a fan of SJM’s work, you’ll recognize many of her standard tropes and characters here. This one took me SIX WEEKS to get through y’all, mostly because the world-building at the top was so messy. However, once I got into it, I was into it. #ijustcantquityouSJM

If I Never Met You by Mhairi McFarlane ⭐⭐⭐⭐

Tweet-length review: An enjoyable romcom featuring a classic #fauxmance to romance storyline. The fake dating trope is my trash and I will not apologize.

Tweet-length review: A sexual assault survivor, Miller writes beautifully and powerfully; as a reader, I don’t think you could help being moved by her story and her telling of it. It broke my heart, but I was also struck by her strength.

Tweet-length review: The sequel to Royals (AKA Prince Charming), this queer enemies-to-lovers story didn’t charm me as much as book one, mostly due to some pacing issues and flat characters, but I’m always down for some princess shenanigans and boarding school shenanigans and this book has both.

Tweet-length review: Alternative title: A Funny Thing Happened on the Way to the Underground Sex Club. Who says the Victorians were stuffy? This series definitely was definitely giving me some Bones and Booth vibes and all I want in life is for Veronica and Stoker to kiss. Bought in for the mystery, stayed for the slowest of slow burn romances.

Tweet-length review: As a child, I loved learning about ancient Egypt, so this installation’s theme was right up my alley. Curses, conspiracies, and character development. This was a fun mystery with some added “will they or won’t they” sizzle. 🔥🔥🔥

Tweet-length review: Yessssssssss. The sizzle is heating up to a rolling boil and I am here for it. I am also here for the sheer volume of antiquated vocabulary found in these novels. I seriously looked up at least 1 new-to-me word every few pages. Bravo, Deanna. #tendollarwords

As far as recommendations go, Know My Name was certainly the overall best book that I read—it’s important and timely and really well-written. However, if you’re looking for something lighter that is historical, mysterious AND romantic (and will teach you myriad words you never knew you needed to know), then I whole-heartedly recommend the Veronica Speedwell series.

One thought on “April Reads”